The beginning of Hockey in Sheffield 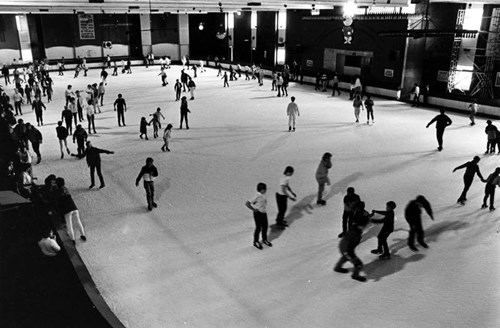 Sheffield's first ice rink, initially called Silver Blades, on Queens Road opened in 1965, ice hockey in Sheffield followed in the early 70’s. The Sheffield Lancers were Sheffield’s first ice hockey club, that played at the Queens Road Ice Rink between 1974 and 1980. The Lancers initially played in the Southern League before transferring into the English League North in 1978 where they won the league's inaugural title. Current Sheffield coach Jeff Colton playing for the Lancers in the late 70s. 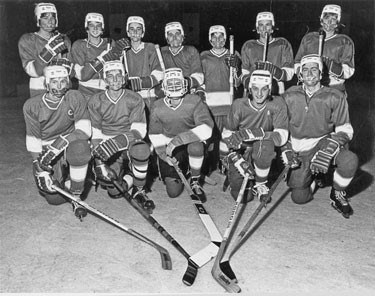 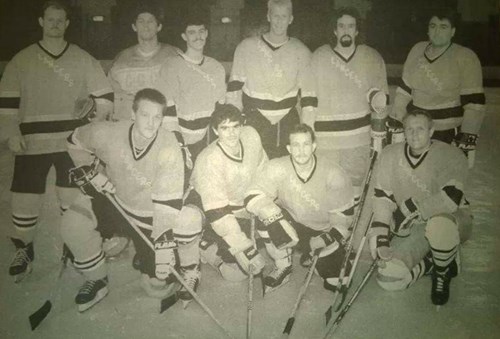 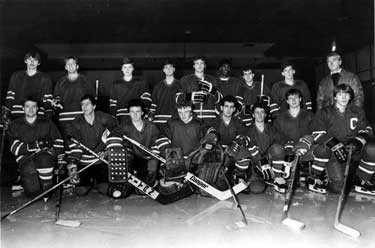 The Sheffield Scimitars were formed as an under 21 team that became the senior team in 1990.

Ice Hockey soon became massive in Sheffield in 1991 with the formation of the Sheffield Steelers, gaining promotion in their first season from BH2 to BD1. 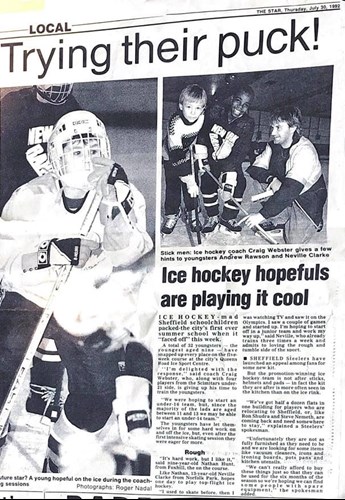 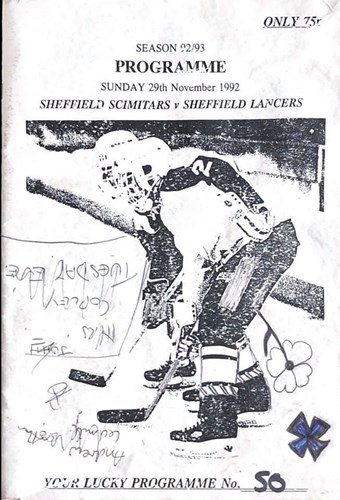 At Queens Road the academy took ownership of player’s development from the learn to skate end, with ‘bend your knees’ Mac, John Ross Senior’s Saturday morning skating courses and Cotrina Stasi’s figure skating expertise, making the players the best skaters across the country. 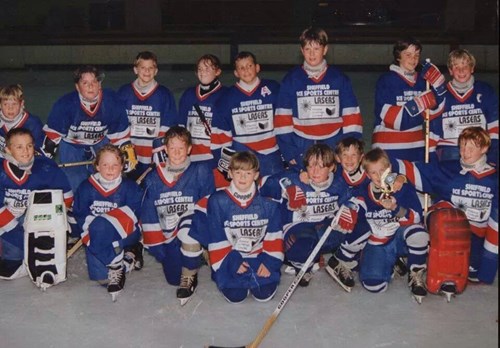 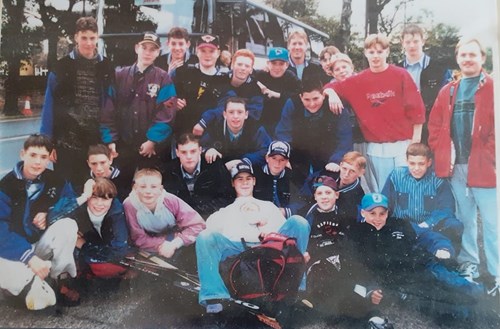 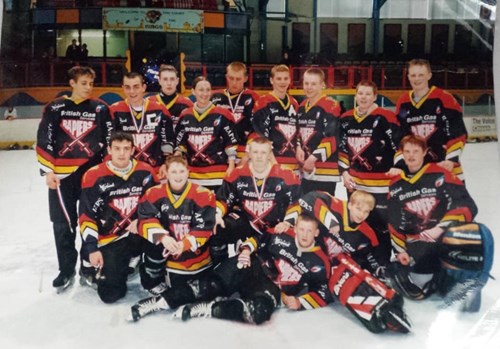 Hockey in Sheffield started to expand quickly in the late 90s, with the Sheffield Greyhounds U16s, the Academy’s first 2nd team in 1997, followed by the Sheffield Sabres U14s and Sheffield Scorpions U19s in 1999. 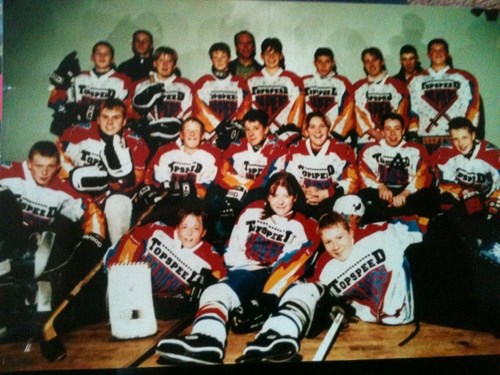 2003 also saw the formation of U12 2nd team, Sheffield Swampfrogs, with its stand out name that stands to this day, allowing more opportunities for player development in Sheffield. 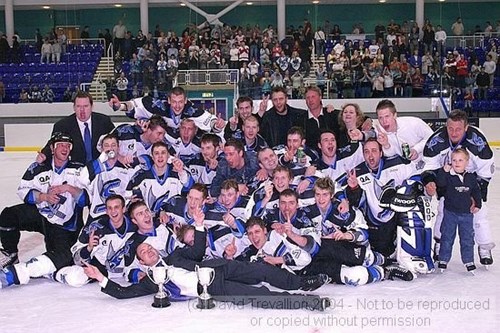 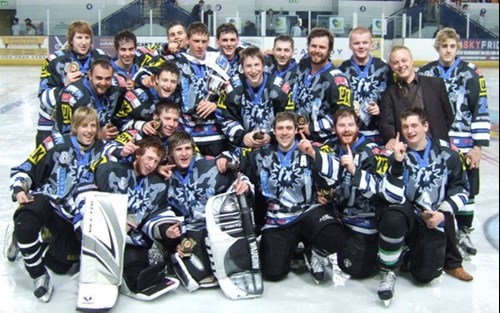 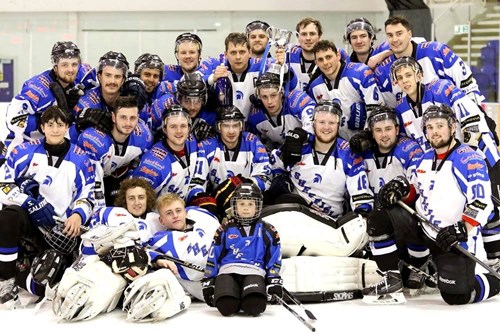 2010 Sheffield Scimitars became the Sheffield Steeldogs and the formation of the Sheffield Senators, who began playing in the NIHL2 league, winning promotion to the NIHL 1 in 2015, sadly coming back down the following season.

In 2010 Jon Rowbotham’s long rain came to an end and current Sheffield, Midland’s, England and GB coach Jeff Colton took over for the next two seasons. Followed by another current experienced Sheffield, Midlands and England Coach, Martin White, who acted up as Head Coach for a short period in 2012 before Mark Heron took over on two short separate stints in between 2012 and 2014.

During the 2014-15 Season Ron Shudra former Sheffield Steeler’s legend, held the Head Coach role for a short period before the Academy appointed Paul Harding as head coach and saw the national change of age groups from U10s-U16s to U9s- U15s, at this point the Sheffield Junior teams became:

2015-16 season also saw the return of the U20s League and the resurrection of the original Sheffield Scimitars name as the U20s 1st team and the Sheffield Scorpions as the U20s 2nd team, taking on the old U18s 2nd team name, who only played in the U20s league for two seasons. At this point the U18s 2nd team took the name of the former U16s 1st team, Sheffield Rapiers.

In 2016-17 Heather McDermott, was first female Head Coach take charge and for one season only the 1st Sheffield 3rd teams were formed, Sheffield Forgers in U15s who came 2nd in the Tier 2 Northern U15s League and U13’s also had a 3rd team for one season called Sheffield Shurikens. 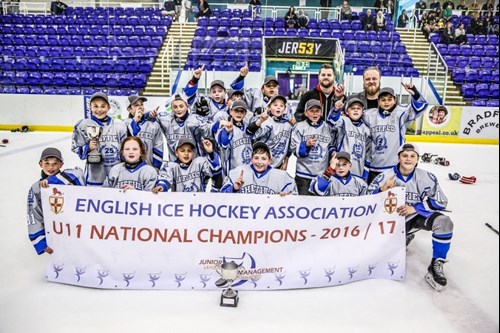 2018 saw Liam Kirk, Sheffield through and through developed player, playing from U10's and in all the Sheffield Senior teams, progress to higher than any other British trained player, when drafted by NHL Arizona Coyotes. 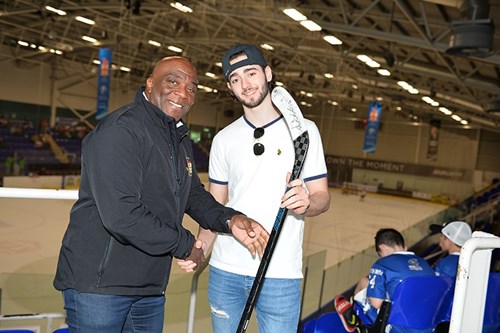 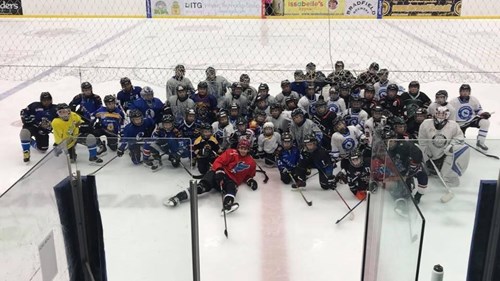 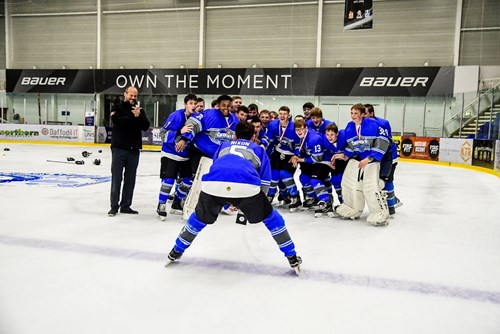 At the start of the 2019-20 season saw the appointment of current Head Coach Martyn Etheridge, moving from Nottingham with a wealth of experience as England Coach and the Midlands Head Coach.

2020-21 the Sheffield Senators traced its routes back to the same change as in 1991 and reformed under the Sheffield Scimitars name as the senior team within the Sheffield Academy under the leadership of Stephen Weeks, one of the only players to have played at all levels in Sheffield from U10s to Steelers, in addition to coaching academy and conference. This leaving an identify opening for the U20’s, they moved to a whole new name of Sheffield Titans and due to an ethical stance the U18s 2nd team moved from the Sheffield Rapiers, taking on the historical Sheffield Lancers badge.

If you are interested in sponsoring Sheffield Ice Hockey Academy next season we have many different packages available including NIHL Player Sponsors, Scimitars Own and Loan Shirts & Individual Junior team sponsors.